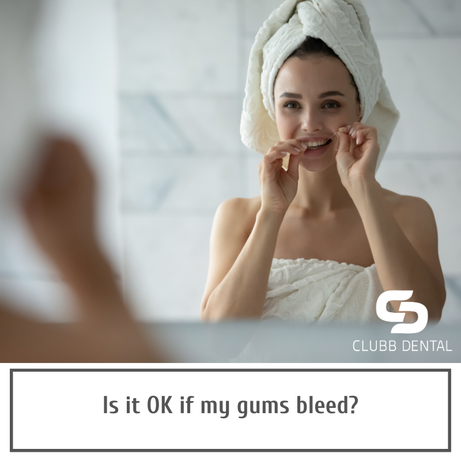 Bleeding gums is very common, but the simple answer to is it OK if my gums bleed is, NO.

We have all had the experience of brushing our teeth and when you spit out you see a tiny bit of pink in the sink, or when you floss your teeth there is some blood on the floss.

Bleeding gums are a sign that your teeth and gums need to be cleaned more thoroughly, not to leave them because they bleed.

This blog will look at what causes bleeding gums and what you can do about it.

WHAT CAUSES BLEEDING GUMS?
Everyday plaque forms over our teeth and gums, this plaque contains bacteria.

If the plaque remains on our gums then it will cause the gums to be inflammed.

This early inflammation is called "Gingivitis" and is the beginning of gum disease and Periodontitis.

This is especially a problem at the gumline where a groove forms where your teeth and gums meet.

The groove is an ideal area for the plaque and bacteria and is a harder area to clean efficiently. 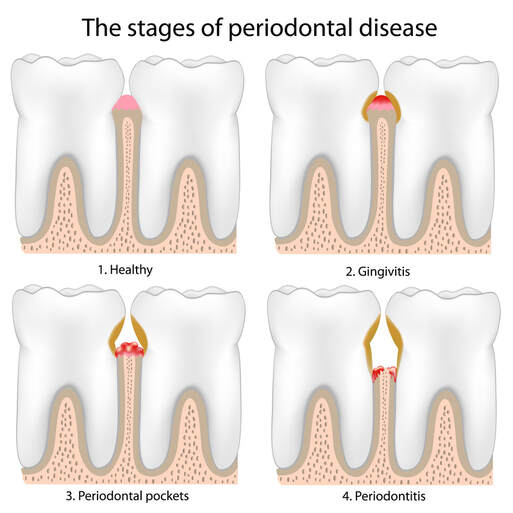 HOW CAN YOU PREVENT BLEEDING GUMS?
If you have bleeding anywhere else on your body it is a concern and you can reach for a bandaid to stop the bleeding but that is not possible in your mouth.

1. Brush your teeth twice a day and floss your teeth once per day
2. Take your time brushing and flossing so you do not cause any accidental injuries due to hurrying.
3. Make sure you use a soft bristled tooth brush as the hard bristles can cause damage to your sensitive gums
4. Antibacterial mouthwashes after you brush can control bacteria buildup in your mouth
5. Arrange a professional clean every 6 months to remove any built up tartar especially in those hard to reach placed.
​
​Bleeding gums can be a sign of an underlying medical conditions but this is rare.

From time to time a small amount of bleeding from your gum is not a concern for most people, but sudden changes to the amount of bleeding you are experiencing or bleeding that does not stop after a couple of weeks should be investigated by us so arrange an appointment if this is a problem for you.